I finally finished converting my site entirely into Laravel 5.

In addition, I've started using a bunch of awesome packages:

I've also done some major redesign, the most noticeable ones being the homepage and photography pages. Photos now scale to fit your window. As a result I decided to increase the quality of the photos as well, from 800 pixels wide to 1600.

This weekend I took a trip to Tadoussac, Québec.

I arrived at night, and knew that this would be a great opportunity to see the sky without light pollution. I didn't want to wander too far from the road, since I had no idea where I was or what the terrain was like. But wow, even so, the sky was breathtaking! I've never seen so many stars in my life! I also saw two bats hunting moths, making high pitched squeaks. That was when I really thought "this is what I've been missing out on for all these years without traveling."

The next morning I was shocked to discover that the great black expanse I had been looking at the night before was not a forest, but the bay! I can't tell you how many times I had my mind blown on this trip.

I went down to the bay and got suited up for a boat ride. It was a little cloudy, grey, and drizzling, so everybody donned rain suits and split up into three Zodiac boats. The Zodiacs are smallish, fit 12-24 people, and are pretty low to the water. We then went out to the bay.

I was afraid we'd only catch a few glimpses of whales, but from a distance we could already see a lot of them spraying, and I knew immediately that I was wrong. We saw a few minkes, 3 fin whales (the second largest whale) who came up frequently but only showed us their backs. The most incredible were the humpbacks, who showed us their tails a few times. It was just incredible how massive and yet graceful and beautiful they were. A couple seals floated around, and on the way to the fjord we saw a pod of belugas, two of which got very close to the boat.

The water was mostly very choppy, but in one area of the bay it was completely still. Not a single wave, and you could see the ripples from the rain drops. It was so freaky and cool.

In the fjord we stopped close to some rocks where two seals were hanging out. They were really cute. The rocks were also covered in kelp and algae. Then the guide showed us a waterfall pouring from the top of massive 300+ foot cliffs. He said it swells after the winter when the ice melts, but it was impressive nonetheless. I think I lucked out getting on this boat because the captain seemed to give us a longer and more interesting tour than the others.

When we got back, I got lunch, and then looked at the tourist map. I noticed that instead of taking the street, I could take a "path" through the forest. On the map it was a straight line so I assumed it'd be a nice nature walk, but nothing particularly interesting.

I was so wrong. It turned out to be a mountain trail, with lots of wooden staircases, twists, and turns, and it took me to the top of a mountain, probably half the height of Mont Royal, but with an even better view. The view of the bay and lake was breathtaking. And since the map gave absolutely no indication of how nice this trail was, I only saw two other people.

I took a panorama of the bay, but then noticed some storm clouds, and it started to thunder. It was pretty terrifying being on top of a mountain with nothing but my camera, feeling the wind pick up and seeing the clouds approach very quickly. But I made it home before it started to rain.

I was planning to stay another night, but the forecast said it'd be rainy, so I decided to take the bus that had just arrived. On the way home, close to Québec City, it was drizzling on the left over the river, but the sun was shining on the right. And there was a beeeautiful rainbow stretching across the river. I could see both ends of it. A perfect end to this life changing trip.

My laptop died on Tuesday so I bought a new 14" HP laptop with 32 GB of express cache and Windows 8. I love the new start screen and I found a nice tool called OlbyTile which lets you create nice looking tiles for your program shortcuts.

I also found a bunch of good icons online, but some of my programs were missing icons, so I made them.

A few weeks ago my coworkers and I carved some pumpkins. I decided to make my favorite fluffy six-legged bison, Appa. I think he turned out pretty well! 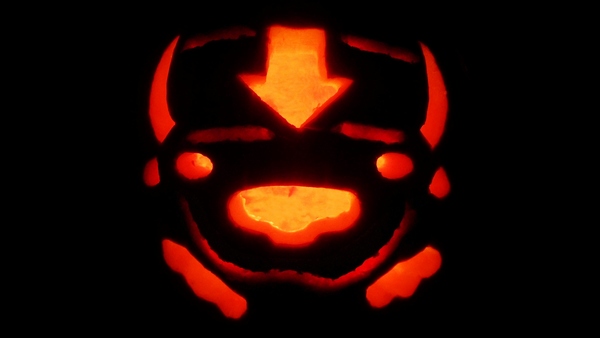 I've done a few "manly" things with my car such as changing the battery, putting on a spare tire (more times than I'd like), and replacing the light bulbs. But today I completed my first home improvement - well, office improvement - project.

This is my surprise for the office on Monday - a wall rack for the darts we currently have scattered on the floor. Nothing special, but you have to start somewhere right? And there's something about drilling a hole into a chunk of wood that just feels so... right! :) 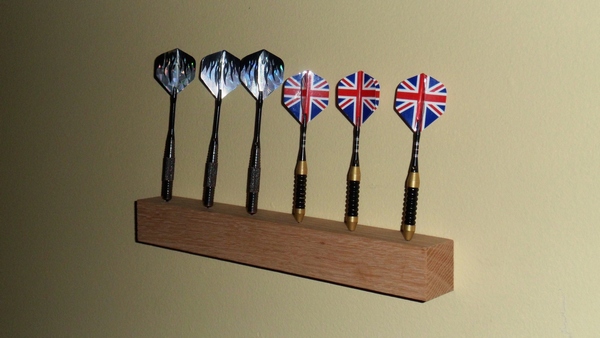